Lucinda and the Ogres

Lucinda was brought up by Ogres,

from early in her youth.

She considered herself to be smart and refined,

she considered the Ogres uncouth.


She dreamt her original family

were princes and princesses,

and wore suits and silken dresses.


She tried to tell the Ogres

what was, or was not, in vogue

instead they wore sacks, and comestible snacks,

and always wipe your feet -


But still the Ogres smiled at her

in a way that seemed goofy and slow,

and they just carried on with their Ogre-like ways


One day as Lucinda was dusting the mice

and teaching the spiders to read,

the Ogres approached with cautious smiles:

“Your real parents are coming to tea!”


“Perhaps” said Lucinda “it would be best

if you both just kept out of the way...

I’ll do my best to look after our guests,

as long as they’re willing to stay”


“Is that so?” said the Ogres, and meekly retired

while Lucinda began to prepare:


And sure enough, at 3 o’clock

a large black car rolled up,

and out stepped a proper Prince and Princess!

(and a plump looking Pekenese pup).


“My dear, oh how charming!” the Princess declared

as she entered the house without knocking,

“but who does your curtains and wallpaper dear?

the clashing is really quite shocking!”


“Its not me - its the Ogres” Lucinda declared

“please come and do sit yourselves down -

and how are the fashions in town?”


But the Prince and the Princess did not seem to hear

The pup ran around and gobbled the crumbs

so that nothing was left on the plates.

as a token of fond reminiscence”

said the Prince as he pocketed most of the spoons

in a manner both sly and efficient


“The tablecloth too, they won’t miss a bit

And the candlesticks do have some charm

We’ll liberate you from those curtains too,

and some crockery would do no harm”


“ Well this has been lovely!” they gushingly said

as they urgently rushed at the door -


Lucinda, Lucinda was left all forlorn

in an empty and desolate room!

The Ogres appeared and found her in tears

in a mood of mournful gloom


Reflecting how patient the Ogres had been

Lucinda then made up her mind:

nobility comes not from fashion or birth

but from hearts that are caring and kind.

including your liquorice shoes!”

“Is that so?” they replied with wide toothy smiles

“we’re just glad that they didn’t take YOU!” 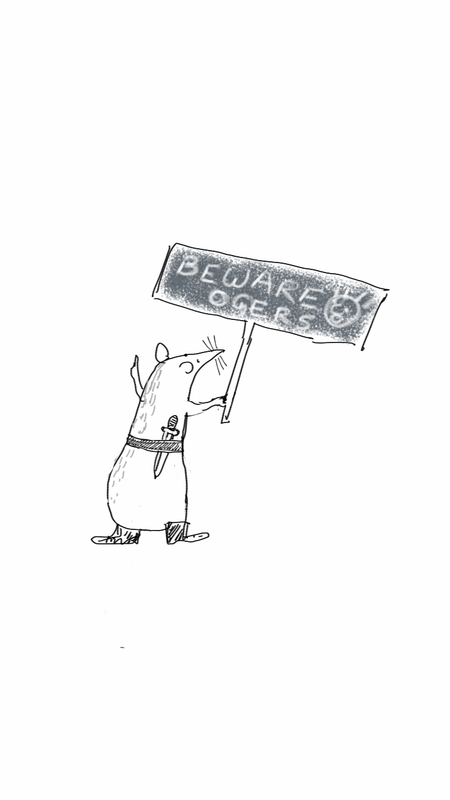